Dance is an ancient art and it is found in all cultures. Dance is a fundamental human activity. Nataraja’s dance platform is all of space and time. and it maintains the equilibrium of reality. Nataraja’s unceasing dance represents the forces that give rise to the universe and everything in it.

Nataraja has danced his way from ancient history to modern physics and now stands in the grounds of CERN, the European Organization for Nuclear Research.

I think Aldous Huxley described the image of Nataraja beautifully.

The whole thing is there, you see. The world of space and time, and matter and energy, the world of creation and destruction, the world of psychology…We (in the West) don’t have anything remotely approaching such a comprehensive symbol, which is simultaneously cosmic and psychological, and spiritual.

And he does all this on one leg, which is why Nataraja was chosen to be the symbol for Yoga For Mobility.

Nataraja’s beautiful appearance: It tells us he is second to none in his incomparable beauty.

Russet matted hair: It tells us of the degree of his Tapas (austerity, tolerating the discomfort of change).

Ganga on his head: It explains Nataraja’s omnipotence and his power to destroy human ego.

The crescent moon worn on his head: It tells of his benevolence, support and protection for those who surrender to him.

Curved Eyebrow: It demonstrates his compassion,. He listens attentively to his devotee’s litany of complaints, pleas and deficiencies.

Tinkling Smile: He receives devotees seeking refuge with grace, forgives their sins, gives them a new life and brings joy in their lives.

Coral-red Body:  His body is coral-red. He is like fire. Fire cleanses everything that comes in its way and makes it pure. Nataraja removes the flaws of anyone comes to him with love, makes them pure and grants them his grace.

Milk-white Ash: All objects are reduced to ash. Ash does not mutate into another substance. Therefore, sacred ash shows Nataraja’s indestructibility and his pure nature.

The forehead eye: It is the special feature of a supreme spiritual leader.

Hourglass Drum: The hourglass drum in his right hand, making a rhythmic sound, collecting a pile of dust, and creating worldly objects shows his creative fervour.

Fire: The fire in his left hand destroys the cycle if birth, suffering and death and shows that Nataraja brings relief from the cycle of suffering.

Have-No-Fear Hand: ‘Give up fear. I will safeguard you.’  This is a message of Nataraja to his devotees, offering comfort and consolation.

The swung left arm: The left hand known as Gajahastam has swung to the right in the likeness of the elephant’s trunk. One finger of this hand points to his left foot which is free of contact with delusion.

The Raised Foot: The free foot rescues souls that are struggling in the cycle of birth and death. It shows his eternal grace.

Planted Foot: His right foot subdues Apasmara, a dwarf who represents spiritual ignorance and nonsensical speech, He neither crushes him or lets him escape.

Apasmara represents the three impurities Āṇavam, Kaṉmam, and Māyai, which do not completely destroy or inflict grievous injury to the embodied souls but causes them to eat the fruits of the Karma. By obscuring spiritual knowledge he prevents embodied souls from attaining liberation.

Facing South: In all temples, Nataraja faces south by intention. Yama, the god of south and death causes no trouble to the devotees of Nataraja, who joyfully dances in the face of death. 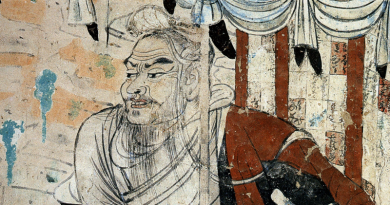 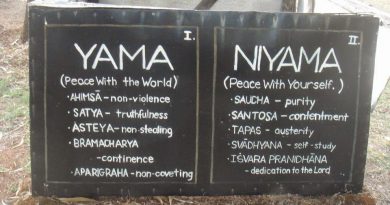 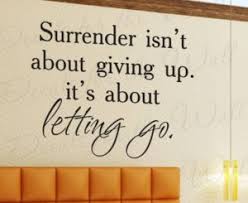